#8 On Cherry-Picking Your Child's Genes 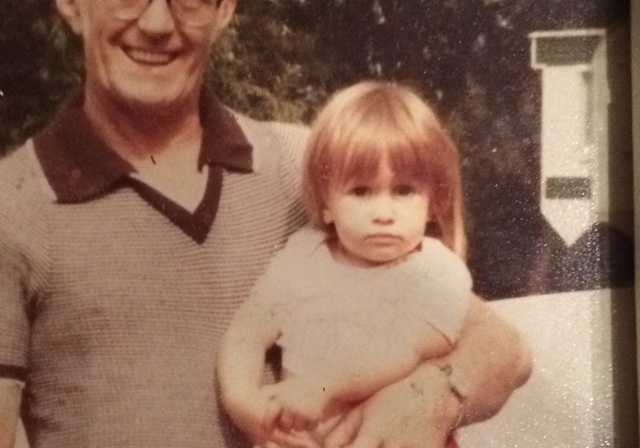 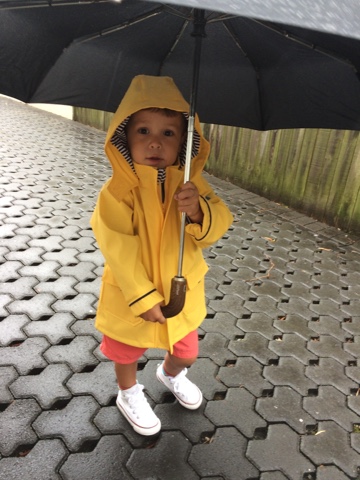 Looks, personality, the lot...which genes would we choose and what does it say about us...?


Ever tried to imagine what someone's house looks like before you're due to make your first visit? It never really works, does it? The eventual reality always makes the fantasy just that: weird and dreamlike. It's a bit like that when we birth children. Due to genetics, of course, even if we find out the gender beforehand ninety-nine percent of the actual outcome, subject to infinite possible combinations, will always be a surprise.

That said, I've still enjoyed a bit of timewast-y pondering as much as the next woman, especially with my son (my first). Have I ever got anything right in my musings? Well...

With Son we started this on a physical level. We'd expected a child with my husband's dark Asian genes and sure enough, out popped a little coffee-coloured babe with black hair. So far so good, we thought, until a week later the 'tan' had shown itself to be jaundice, the hair had thinned and receded and he'd developed some pronounced baby acne. In short, a pimply Phil Collins was what stared back at us. Well, for that time at least.

But I'm being so shallow, I thought. Let me turn my musings to his character. How might that turn out? Let's see: if we could cherry pick some genes, we'd see that daddy's skills are largely quite lucrative where mummy's are not; Daddy gets Maths and Science, Mummy...not so much. Mummy can do languages...there, have languages.

In truth, the jury's still out on the academic stuff. He's only two and a half. For now, what I can say is that other traits from both us parents have over time reared their ugly heads emerged.  Our predictions have been mocked once again.

Here's what we found:


So can we ever know what kind of a child we will have, and can we ever prepare for it? Forewarned is forearmed, surely.

Well maybe, but it's complicated. We need to reconcile ourselves with the levels of denial first. On a simple level, this involves just the relationship with our child. When I discipline Son I often need to suppress how bloody funny and endearing his behaviour often is. What may not be predictable/eradicable can at least be forgivable. And that's OK. In fact, it's good: Mother Nature has ensured Son's survival because I don't throttle him.

But wait, there's more. Someone I know was recently pulled up at work for not towing the line. He was told he was argumentative, dismissive and unmanageable. Now these are harsh words to hear, but even harsher when drawing an uncomfortable conclusion:

For all we now know about genetics, there is no softening to the blow of seeing ourselves in our children and vice-versa. And dammit, the more Husband and I ponder the list above, the more of a mirror it becomes to our attempts to deny or euphemise our own flaws. Our tots' lives play out at times like a satire of our own. In my case, this is no more true than with points #6 and #7 above. Sigh.

Prediction is possible, then, but it involves some awkward admissions first.

However, maybe more important than this is acceptance, since acceptance of our children really needs an acceptance of ourselves. OK, Nature, I get it, but is this all simply a lesson about the cold light of day? Well, no. As with everything child-related, everything we discover deepens our appreciation of our own parents, and our connection with them (er, Mum, you know that thing I used to do, how did you manage it...?) and, what's more, of course, with various relatives and ancestors. The mirror becomes one between us and generations below, above and beyond, however charming or charmless the common traits may be.


So, if we can't cherry-pick from this family tree then at least we can connect with many far-flung parts of it through our genes. And perhaps, most importantly, the familiar can be as comforting as it can be uncomfortable.

That's what I tell myself, anyway.

#7 On Double Mother's Day- An Open Letter To My Children 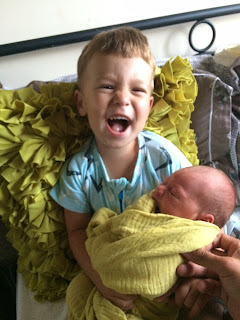 Don't get my wrong, my two children are not yet literate. Their combined age is not even two-and-a-half. Since it is Mother's Day (or Mothering Sunday- sorry, Olde English sticklers) I write this for a time when they will truly appreciate what a mother is and does; in short, a time when they have become parents themselves.

What's more, our understanding of what it's like to have extra and subsequent babies will increase our grasp of our parents' own similar experience, as I have my parents'. And what an experience: in such a family efficiency and corner-cutting mean that what was done for the first-born may well be done more shabbily, or not at all, for the next newborn. Even for the firstborn there will now be many compromises that were not there before.

But you know what? I hope that in my case they'll see me not as half a mother to each of them, but a Double Mother who they love not despite but because of these cut corners, as I see my own mum.

All this stuff will have been character building, kids, do you hear?

I hope you understand that second time around (and, if relevant, subsequent times thereafter), we are basically more relaxed than we were with your brother, as follows:

1) Physically, you see, we treated him like a delicate chick, always held carefully in two hands. However you are more of a chinchilla, often carried floppily in or on one hand. This happens a lot when I need to wipe your baby vom off your and neck and the back of your head (how the hell...)

2) Your brother was attended to at all times; you I often leave lying lost in the middle of my bed, on the sofa, wherever. Only when I eventually remember I left you there do I return, to find you scrabbling about like a little woodlouse on its back.

3) Breastfeeding is no longer a sedentary, even stationary, activity for me. Oh no. I often feed you in motion when making a cup of tea, trying to dress your wriggling brother, brushing my teeth, even (sigh) nipping for a wee. I like to think of this a homage to more traditional cultures. I also like to think that I have drawn the line at answering the door in this state, though I can't completely remember.

5) Upon re-entering the house, I sometimes leave you asleep in the car seat for a few minutes. And maybe a couple more minutes. You don't seem to mind this as you stay asleep, despite the position of your head being at a curious right angle to your neck and body. This happened with your brother, too, except the guilt and Safety First concerns ate us up much sooner.

6) Finally, your nappy is not changed with anywhere near the previous frequency. With Huggies and the like, The Thin Blue Line of wetness once signalled mayday. Now: no way! Sometimes you don't get changed until your loincloth has swelled up like a bouyancy aid, usually because I haven't wanted to wake you up.

Please forgive me love me all the more for all this,

You can probably glean from the above the  more focused, one-one-one treatment you received as our firstborn. But since your sister has now come along things have changed a little for you too, haven't they? For example:

1) Your nappies may once merely have flirted with soiled-ness before being whipped away. Now, at night time, desperate not to wake you, we leave you be. In fact, we are reminded only of our laxness when we come back to your room to check on you and are strangled, upon re-entering, by the sweet fog of a petting zoo. You sleep happily, though, so we still think it's for the best.

2) Not remembering your own infancy, you have a new fascination with breastfeeding. You are now of the opinion that should you squeeze your own tiny nipples, they may at some point help to nurse your sister. If, upon reading this in adulthood, you still require me to explain this concept more fully, I will be happy to do so.

3) We now allow more screen time than the government recommended dose. Have you seen the amount of TV I watched as a kid? You'll be...fine.

So remember, my children, next time you show brilliance or resilience, think of your mother and how she crafted you in this way. On Father's Day, you can pretty much apply any of this to your dear father (except maybe point #3 of the first section).

And if you can't do that, then at least know that upon having two tots, the fun times for us have definitely not halved.