#17 A Baby's Eye View: On Words And Why They Are Weird 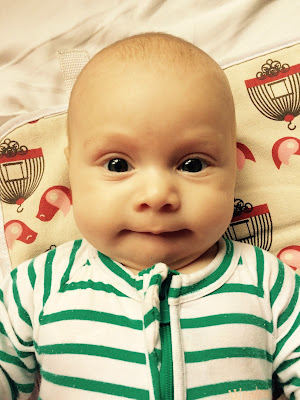 It's all a bit much

Words, words, words. It'll be a while before I can use them myself - I'm only five months old - but I am trying my best to figure out what on earth they mean so I can hit the ground running when it's my turn. It's not been easy, though. Adults have a funny relationship with words from what I can see. Or hear.

Sorry, to be clear: this is Daughter here. Since Mummy is busy, and when she isn't busy most of the posts she writes are about my brother, I thought I'd steal a few minutes.

'Minutes', eh- what are those, exactly? My parents often glance at their phones or watches when they say this word. This suggests its meaning is official but it seems to vary a lot. For example, when my older brother wants something he is first asked to say it again politely (Mum talks about this more here), then he is told to wait 'just a minute.' After that, that minute usually seems to pass quite quickly before he gets what he wants. When I want something, and try to be vocal about it, I am told the same thing or that other thing 'I'm just coming.' Want to know what this all means when it’s my turn? ‘Wait a lot longer.’ Or actually, ‘get better at hissy fits, like your brother.’ Just saying.

This is not the only time words can mean different things. Let me explain. We hardly ever go to restaurants but when we do, we often sit at a table marked ‘reserved’.  Now I’ve heard Mummy and Daddy describe people with this word. Our behaviour is not it. In fact, the reason we leave is usually because my brother and / or I have started squawking because we're a bit bored. Also he has usually started sliding off his chair all the time like it's covered in lard. This seems to make my parents drink more wine, faster, and look a bit scared at each other and say 'we really need to go.' Maybe the sign was telling us how to behave and we have disobeyed it so we are getting kicked out. Who knows.

It all gets even more baffling. Now, where one word can mean two things I also see that two words can mean the same thing. For instance, I have heard adults talk about a man they know who is a bit poorer and louder than they are. Some of them call him ‘salt-of-the-earth’ and some of them call him ‘scum-of-the-earth’ and it just depends who is talking about him and on what day. It is the same man, though, because they also all call him a normal name like ‘Stuart’ or something sometimes.

But then men’s names are weird, too, because they are also used for my Daddy’s tools. Stanley the knife is his favourite but there is also a Phillip and an Alan in there somewhere. These sound like quite boring names to me because my friends’ Grandads are called these names. Daddy must love these names, though, because he loves his tools. This makes me think that tools must also be good things and yet I’ve heard lots of bad things about them. Mummy and Daddy sometimes use this word to talk about other drivers, each other and also my brother when they are mad. I don’t get it at all.

Still, there are some words put before names that have helped me to understand a lot of things. I’m pretty sure that ‘Mr’ and ‘Mrs’ and ‘Sir’ and ‘Madam’ mean that someone is a man or a lady. In fact I know this because Mummy was on the phone to the credit card company once and got cross when the man called her ‘Sir’ because of her deep voice. ‘That’s not the right title!’ she said with anger. These ‘titles’ can bring about strong feelings, I think. Actually the one that does this the most is one used when I hear a conversation between Mummy and her friends or Mummy and Grandma. Usually even saying it means they make a face or whisper a bit and it’s when they say  ‘That’ as the title of someone they don’t like. That Paula. That Sarah Smith. Also famous people: That Jordan.

I think I am just getting how these words work but I have to say that life is simpler without them. I am going to miss being non-verbal in a few months.

#15 On Teaching Your Child Manners, Obedience, Decorum and StuffLikeThat 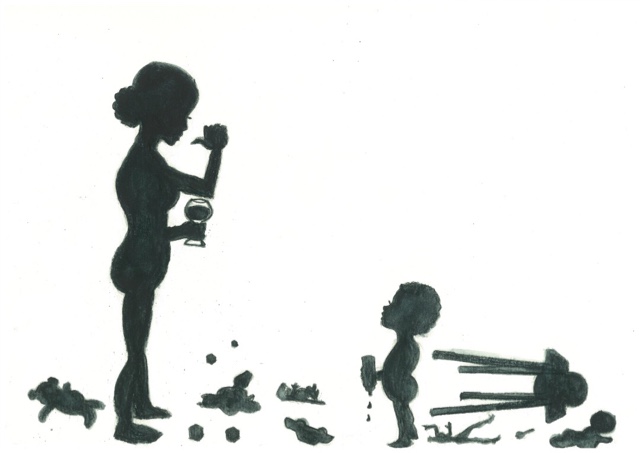 The US comedian Louis CK remarked that as a parent your main responsibilities are twofold:

At present, my priority with my baby daughter remains comfortably in the 1) camp.  For my son, things expanded to include 2) between roughly the twelve and eighteen month mark. Please see below details of how it has been going.

Obtaining basic obedience, around twelve months or so, seemed like the obvious first step. It’s a simple matter of Pavlovian conditioning / aversion therapy, really: responding  to your infant’s behaviours in such a way as to inform them which are desirable or not.

But if you have read my previous posts you will likely have gathered that this issue is in fact far from simple. Suffice to say, Son has discovered something key here.

For instance, physically putting his bedwear on him is often a challenge. Now my move from slightly patient to frustrated / heavy-handed here is quite rapid, as usual, but his avoidance technique with the sleeping bag has attained an unusual level of brilliance such that in this I am truly schooled. If one of my hands is occupied with pulling the zip and the other pulling taut the fabric, I have none left with which to secure his lower legs and feet, even if  I use my elbow to lean on his knees. I may manage to whip the zip closed down to his ankles but Son bucks, wriggles and chuckles, I struggle with the toes, push them in and yet one always pops free and forces itself, like a turgid little maggot, through a tiny hole at the bottom of the zip. Son cackles wickedly  the whole time.

If I could remain on point I would force back this toe whence it came, I would win, but I cannot because laughter has weakened me, reduced to jelly my tense limbs and my resolve. Son knows this; he has figured out that laughter creates a diversion. It is at this point that I reflect on the various comedians who said that they discovered their humour as a way to win over the bullies at school. A tool for subduing the oppressor it may be - and I grudgingly respect him for this - but it raises little hope in achieving more compliance. Ho hum.

One thing has become clear at this point, though: with humour Son clearly knows how to read and - dare I say it?  - manipulate an audience.  This is actually a pretty high-order skill, involving inference and social perception. These are much harder to teach than basic obedience. What's more, he can maneuver with words as well as behaviour, and his soft spot for the fairer sex - and for cheesing his way around -  really shines through here. Like some kind of dummy run, he has been known to call me 'm'luv' and 'swee-har'. He has even paid me unsolicited sartorial compliments: 'nice shoes, Mummy!' To top it all off recently, he greeted one of my mum-friends with 'Aloha'.

But couldn't this all be parrot repetition? Yes perhaps, but it is interesting / a little worrying that in his gendered choice of audience it still speaks volumes about the types of phrases he thinks get results with women. Well, at least in a really bad local nightclub, anyway.

So it would be easy to think at this point that, fromage or not, we are the proud parents of a child who has a sense of empathy, charm and verbal dexterity beyond his tender years. But don't worry: as usual Son likes to keep us on our toes (or in other words, burst any bubbles of parental vanity as quickly as they may form). When we come to the issue of using basic verbal manners, again an employment of some much lower level Pavlovian stuff, we are met with roadblocks at every turn. Currently we are working on how Son requests things; typical exchanges work as follows:

In fact, so weary has Husband become of this exchange that he has developed a new, visual aid for etiquette-teaching. Instead of requests for 'the magic word', an 'I want' is followed by Son being stopped mid-sentence. Then, Husband's eyebrows and general face express disapproval and his index finger is pointed to the ceiling and spun around as if to suggest a 'rewind.' And it often seems to work, at least at the time.  Following this, we will hear 'Daddeeee, please could I have x / y / z...'

Now, it does sound amusing because Son hams it up to the max. The exaggeratedly 'polite' pitch of the words dips and rises from falsetto to bass and back again like a slide whistle- think that funny sound on Dee-Lite's 'Groove is in the Heart'. Nonetheless, this technique succeeds so much so that I have started using it too.

Please think not for a moment that its use does not make us feel like bellends. I’ll just say it: many things we do or say as parents regularly make us cringe. Though as is also widely known, bellenderousness (bellenditude? Bellendery?) is often part of that humbling path that is being a parent. Anyone who doesn’t know that clearly is not a parent.

So all things considered, through all the lengths we go to and however demeaning, have we succeeded in Louis CK’s stage two? Are we successfully socialising our child? Well, with results so varied, it could be said that the situation is precarious at best. In many ways he is running before he can walk, yet that’s literally how his motor development went. It’s all very illogical but then, well, so are toddlers.