#5 On Bringing Your Kids up in Flamenco Culture 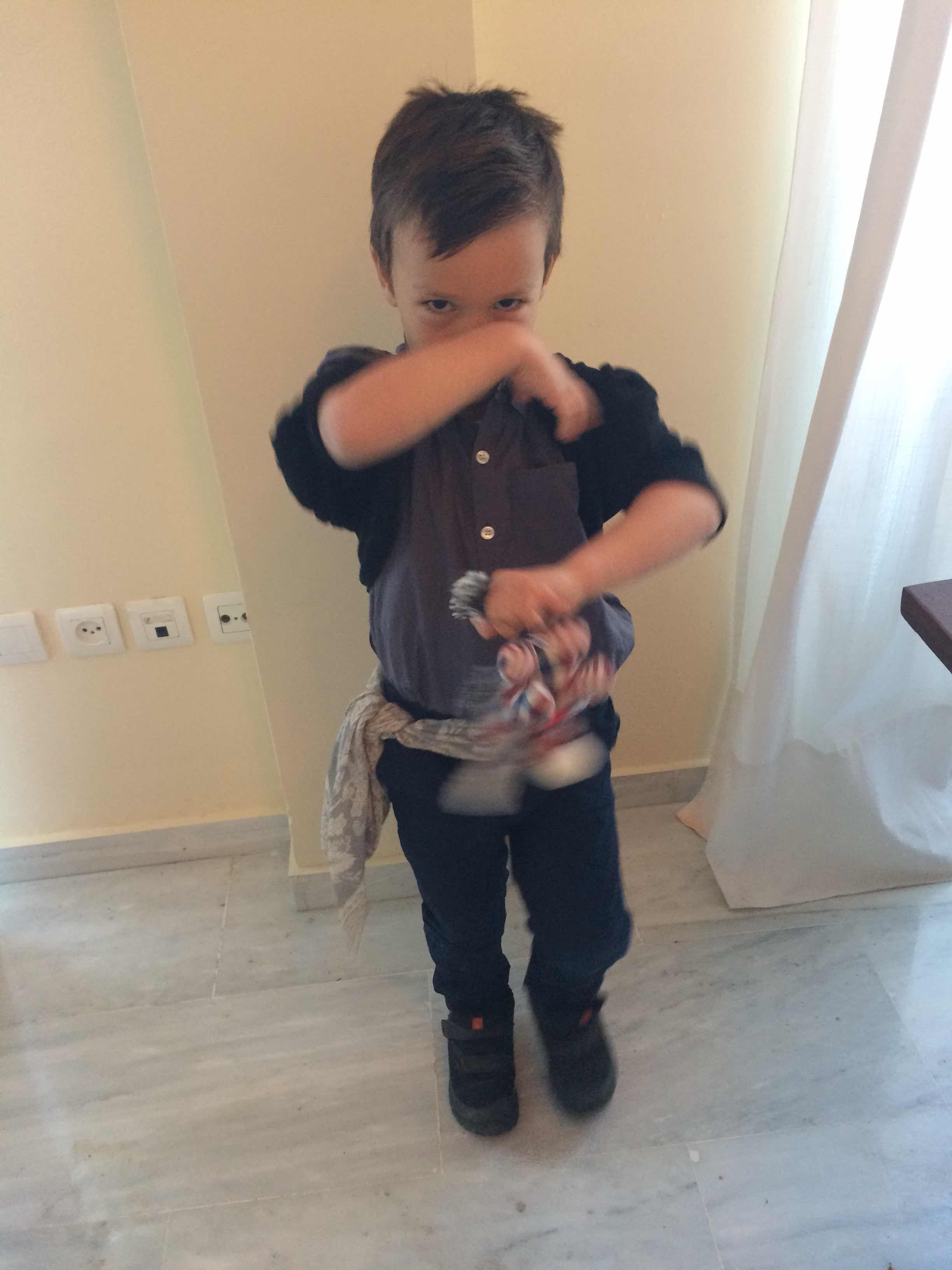 He can bust out a move upon demand


#5 On Bringing Your Kids Up in Flamenco Culture

So with reluctance we have finally come to admit to the cold-light-of-day reality of actually moving somewhere versus watching slightly dated, airbrushed documentaries about it. And yet one thing in Granada never, ever loses its romantic-sepia charm. It’s not the visual beauty, though that certainly remains impressive. Nor is it the sunny weather or the wine.

You see, in various TV programmes about this area it usually takes about two seconds from the opening credits before you hear the moody strum of one of those Spanish guitar chords; you know the ones I mean. And having initially remarked upon the cheesiness of such strumming, we were taken aback when actually in Granada at how real and serious all that music is. And I don't just mean in the obvious tourist hangouts, where you see smiling musicians and dancers doing their thing then passing a cap around for donations. The darkest strain of the sound haunts from the strangest corners, performed invisibly; it drifts up alleyways, echoes behind doorways and occasionally, when you walk past a large hall whose windows are far too high to peer in, you hear the click-bam-bam of dancers’ shoes being worked with dedication on a hard floor.

It's fitting that the owners of these noises are so mysterious. Though there are happier strains of flamenco, at its heart it's the music of various persecuted people from long ago: Arabs and gypsies, namely, and its moody steps were confined to cave-buildings (yes, those still exist) and behind locked doors. It's best danced by those who have lived life and felt pain and in this way it's more like the blues. Given this comparison it’s also not surprising that many of the most respected dancers - females especially - are older and worldlier in a way that upends many Western preferences for the younger woman.  If ladies sing jazz and dance ballet, it's women who sing the blues and it is most definitely women who dance flamenco.

Its magic is not lost on little girls, though. Or little boys, for that matter. They too can be seen dancing it at every festival and alongside every street performer. My own Son is capable of busting out a move when asked, my Daughter often given to twirling around and stamping in her bath towel, going 'I flamenco’. Neither of them has ever had a lesson. That they somehow instinctively know how to do it, after only nine months of living here, reflects just how deep a part of this culture it is. Imagine how that is for local kids.

Actually, imagining is not necessary if you catch such kids doing this first hand. At a local Christmas show, flamenco typically occupied much of the stage time and in one particular bit, the adult dancers parted to the side to allow the the spotlight to fall on a little girl. Sure enough, within seconds she was doing her footwork and swishing her skirt with an attitude far beyond her five or six years. The joyful applause soared and I joined it, in that way you do when a kid does something entertainingly precocious. 'Bless', I thought, 'she's trying her hardest to do what comes more naturally to us adults. Just give her time.’

And how wrong I was. Dancing flamenco definitely requires experience, but simply being an adult does not qualify you as being experienced. This I discovered in my first few classes for Flamenco Beginners. For one, the music is not in the common 4-time tempo most westerners are familiar with and that takes some of its own un-learning, at least during each lesson. Also, as you might imagine, the footwork is bloody hard and I realised from day one just how much that little girl had already outdone me. And the professionals whose feet seem to flutter out those same steps like a hummingbird's wings? I can't even.

That said, the steps are actually logical and just require (lots of) practice and eventual speeding up. The truly baffling bit, entirely different again from the foot movements, is the arms and hands. Probably the only bit of the dance that suits the word 'pretty’, my attempts are anything but. Requiring elegant wrist-twisting combined with a gentle curling or fanning of the fingers, my version looks more like either the twiddling fingers of a cartoon villain just about to pinch some loot or, if the arms both do sideways movement, like I am doing the hula. Either is about as unpretty as it gets. Hey-ho.

But so is the magic of flamenco once again restored: its untouchable charm lies in how deceptively difficult even the ‘simplest’ of the performers’ moves are. This brings us back, of course, to the little girl for whose dancing I now have a huge respect. And one day, I hope I'm saying this about my own daughter too.

Have you seen my funky new site where all my writing and published work is in one place?!

Check it out at ericabarlow.com